By admin
In Virtualisation

Investing in a cloud platform for your organisation is the catalyst your business needs to drive agility, flexibility and ultimately, increased performance.

Here is how virtualisation investments, and particularly hybrid cloud deployments, can make a difference to your organisation.

Business agility is defined as the ability of a business to adapt rapidly and cost efficiently in response to changes in the business environment.

The impact of cloud solutions on business agility has not been the easiest to measure in the first stages of its adoption, as this article published in Forbes debated.

However, business agility has transformed to incorporate more profitability for the organisation, faster time to market, the ability to enter new markets, the reduction in operational costs and complexity.

In a 2015 Harvard Business Review in association with Verizon study on more than 500 mid-sized and large organisations, 32% of respondents agreed that business agility is their primary reason for cloud computing adoption, followed by innovation and lower costs (each at 14%), and scalability (13%).

Furthermore, around the same time, an IDC research backed by WMWare technologies took a deeper look at how virtualisation investments can lead to greater agility.

The study looked at how various organisations with different levels of virtualisation fared in asset period, with data showing a clear pattern: the greater investment in virtualisation, the greater the agility.

Improvements mentioned in the research included better resource management, cost reduction, agility and flexibility, as well as the positive impact on application deployment.

For example, the organisations who had 60% of their servers virtualised reported substantial time savings with infrastructure deployment (70%), as opposed to only 40% for those with a lower adoption rate (30%).

Overall, 70% of organisations agreed that hybrid cloud adoption is essential for future growth, while  64% of decision-makers identified their cloud strategy as hybrid, a mix of dedicated resources and public cloud services.

The research concluded that virtualisation is a key enabler for cloud adoption, encouraging companies to further evolve in the cloud, with the hybrid cloud model delivering the most potential in driving competitiveness, flexibility, and agility.

Does your IT infrastructure provide the scalability and performance your business requires? 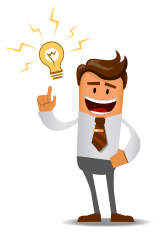 SAVE MONEY AND INCREASE FLEXIBILITY IN YOUR ENTERPRISE WITH VIRTUALISATION AND STRATEGIX, A VMWARE PARTNER. CONTACT US TODAY TO SECURE YOUR VIRTUALISATION INFRASTRUCTURE.